Make Prayers to the Wild Ones

I think often of the above words and find myself extending the prayer to the Sorraia horses and also including all the wild entities.  All the Wild Ones, they bring us luck...they are the promise of a viable future, I think - not electronic devices and space voyages.


In my place in time it seems the world has gone wonky from a sort of collective schizophrenia among its human occupants.  Apocalyptic fevered nightmares outnumber utopian dreams - if one were to take the point of view of mass media as truth.

Does the Raven see that as truth?

Do the horses see the deluded workings of mankind as truth?  No, not any more than I do...but their lives are much more highly manipulated by humans than those of ravens and autonomy in appropriate habitats for most of them remains elusive and fragile.


Though the Vale de Zebro Sorraia Refuge was dismantled a few years ago, some of the mares that lived there now live in northeastern Portugal, along with Tocara and Levada (two mares born here on Manitoulin Island at Ravenseyrie) as part of a Rewilding Europe initiative coordinated and overseen by Associação Transumância e Natureza.  The devastating drought and wildfire conditions that Portugal suffered in 2017 made unexpected extra hardships for the fledgling preservation project and hay had to be trucked in to augment the lack of forage.  But the Sorraias are resilient equines and spring rains are sure to generate ample grazing once again.  Things should go well for this new initiative if the more normal climate conditions for that region of Portugal return as the project is designed on a self- sustainable concept.

There was a recent news report on these horses, you can view the video and transcript here:


There has been great success for restoring wild nature to regions in key places in the world and it remains a fervent hope of mine that equines like the Sorraia soon can live in vast habitats where they are completely free of human manipulation and are allowed to manage their own affairs with only Nature as their guide.

Make Prayers to the Wild Ones! 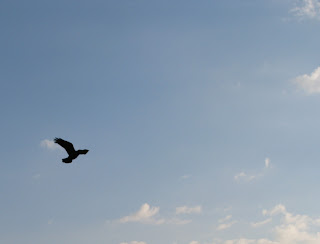