Sorraias in Portugal / A Personal Travelogue 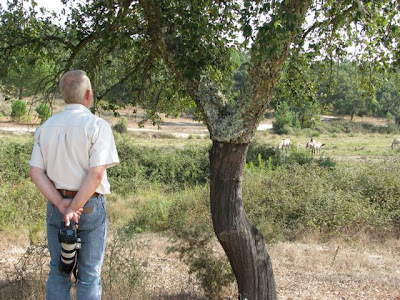 
(Note:  This introduction to my trip to Portugal was originally published in the blog proper, along with separate entries for each day.  This "stand alone" page collects the journal entries all together for those who might not follow the archives but like to take a virtual tour visiting the Sorraia horses in Portugal.  I hope you enjoy the photos and text!)

"I see before me fantastical presences"
--Teixeira de Pascoaes (from ENCOUNTER) 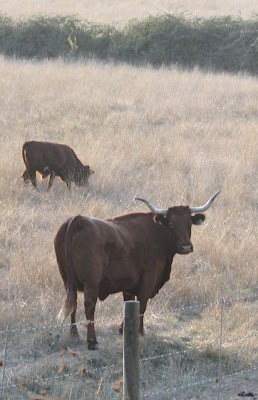 Handsome bulls at Herdade do Azinhal

The fates aligned recently and presented me with a truly significant and likely once-in-a-lifetime opportunity. 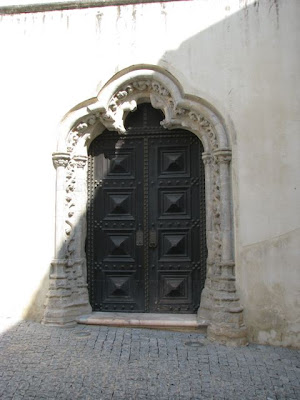 
On the 26th of September 2011, with mingled emotions of anticipation and homesickness, I gave farewell kisses to Kevin and all my beloved friends at Ravenseyrie, and embarked on a series of connecting flights bound for a week-long holiday in Portugal. 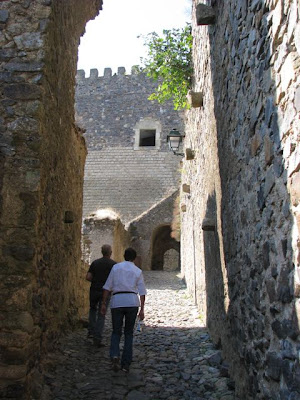 Hardy and Rose Oelke, leading the way up a 14th century cobblestone walkway. Castelo de Vide in the Alentejo region.

At the Lisbon airport, I met up with renown wild horse expert, Hardy Oelke and his wife Rose, who had left their home in Halver, Germany to spend two weeks in the land of cork and olive trees, aristocratic Iberian horses and immensely kind people. Hardy and Rose have been yearly visitors to Portugal for well over a decade and graciously had arranged to introduce me to several breeders of Sorraia horses and show me as many of their favourite places as possible in the course of my seven day Portuguese adventure. 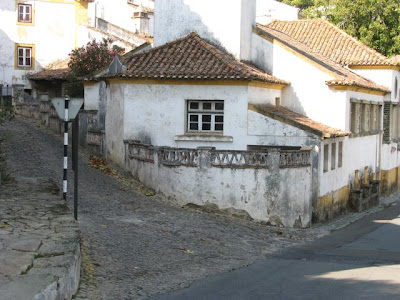 One of the countless enticing roads in Portugal lined by aesthetically inspiring dwellings. 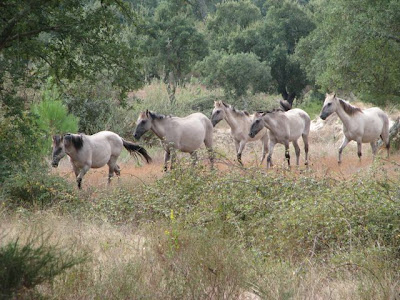 A family band of Sorraia horses at the Vale de Zebro preserve.

I am still feeling a bit in between worlds and am carefully working through the 800+ images my camera recorded during this amazing sojourn in Portugal. Over the next weeks, I will relay individual accounts of the people I met and places I was fortunate to see--and especially I wish to share with readers the photos of Sorraia horses.


"Sorraia horse: reconstituted by Ruy d'Andrade, from the ancient Iberian horse of convex profile, mouse colour or yellow dun, 1.47 m. Resulting from the inbreeding for the last 40 years [80+ years at present time] of a group of animals found in the Valley of the Sorraia River, tributary of the River Tagus, which answer to the descriptions made by ancient authors and of their now wild descendants in America." --Fernando d'Andrade (from A SHORT HISTORY OF THE SPANISH HORSE AND OF THE "GINETA" HORSEMANSHIP FOR WHICH THIS HORSE IS ADAPTED) 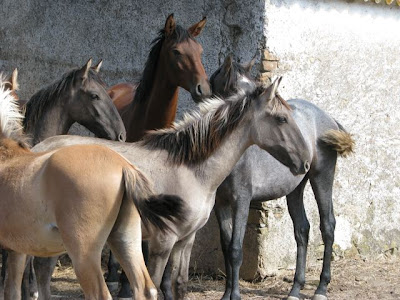 Standing out among a mixed group of yearlings at the Portuguese National Stud, two Sorraia colts show clearly their primitive characteristics which set them apart from domestic horses.

As moved as I was by all that I saw and experienced in Portugal, I found that the feeling I have for Ravenseyrie and its inhabitants is a reflection of being completely satisfied with my own humble existence here on Manitoulin Island. There is no place like home!

What follows are links to the original journal entries published within the blog.  Please click on each day to read the full articles. 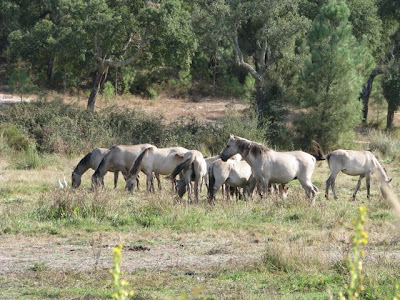 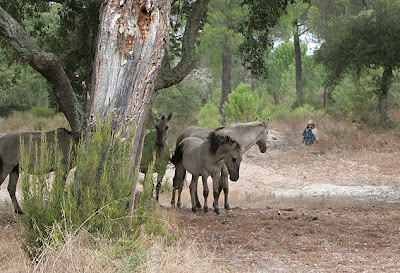 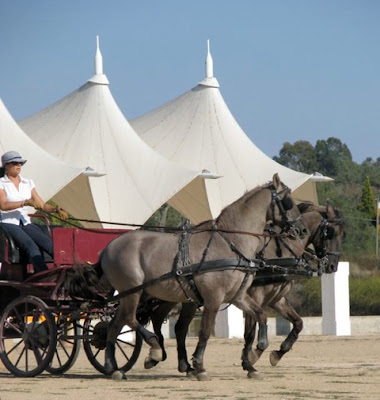 I also took photos of two of the stallions who were part of an exhibition team that soon would be traveling to France by special lease arrangement, to be used as breeding studs and competitive driving, if I have my memory of what Francisco said right. 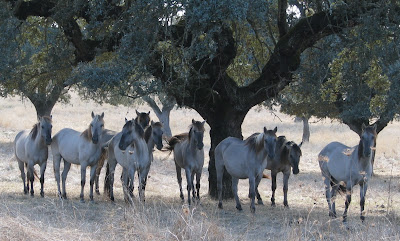 Sorraia horses at Herdade do Azinhal 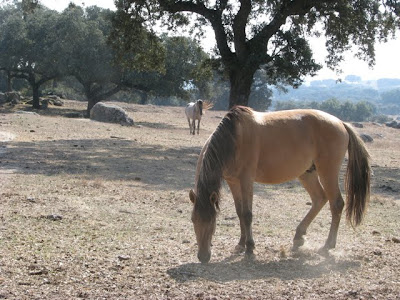 Sorraia stallion on the range at Herdade do Font'Alva 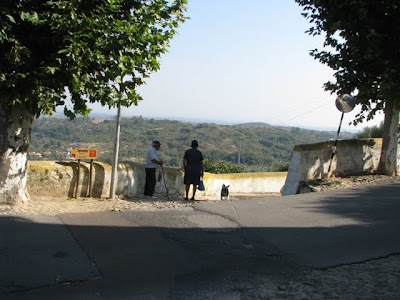 I don't know the destination of the Portuguese woman and her dog friend, but it appeared that along the way they came upon a man they knew and paused for an exchange of pleasantries and perhaps... 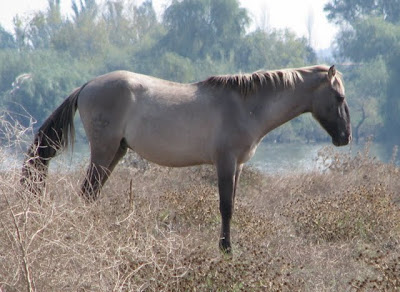 A young Sorraia stallion dozing along the Tejo river, noble looking even as he sleeps