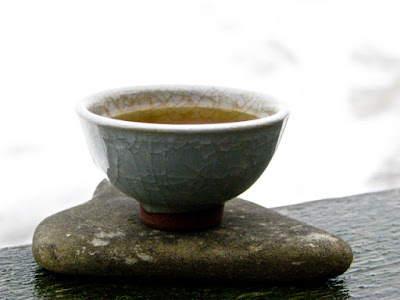 Such an ordinary morning on April the 20th.

At 9:19am, it became terrifyingly unordinary.

When the dust and metal and wood and
glass stopped falling, I was amazingly able to walk away.

Physically - a few bruises and nothing more.

Mentally - well that has some peculiar challenges...


On that morning, I was backing up our 2004 F-150, at a snail's pace, carefully lining it up with the wooden ramp that crosses over the lower walkway joining the Gore Bay Harbour Centre with the public swim beach.  My studio and gallery are on the second floor and I had come to work early to pick up some large pieces of cardboard packaging and a wooden pallet that were from a delivery of framing supplies received the day before.

When I had the truck in position, I took my foot off the accelerator and gently applied the brake.  Instead of the truck coming to a stop, the engine roared with an open throttle and sent the truck backward at high speed, smashing through the middle post of the wooden ramp. (this ramp is not designed for vehicles, but for foot traffic.)  No amount of firm pressure or pumping the brakes worked and the throttle was possessed with a mind of its own, accelerating the truck across the 40ft ramp and not stopping until after crashing through the glass doors of the entrance to the second floor and becoming wedged in the foyer.

Lovely, kind workers in the other part of the building came to my aid, got my shaking body to sit in a chair while they put calls in to all the proper authorities for such things.  Paramedics came and carried out their regulatory exams and though they urged me to let them take me to the hospital for further tests, they allowed me to forego that by having me sign a form, relieving them of further duties.  I was asked by a co-tenant if I would like some tea.  (Tea and me - we have something special going, but it isn't just the drinking of it.)  I declined, but accepted water.  The town clerk and town foreman took a report from me on what happened while Constable "Bob" waited his turn.  All persons involved with the aftermath were thoughtful and adept and made the ordeal a little easier to process.

Not wanting me to be alone while I waited for Kevin to come, my dear friend and curator of the museum came to sit with me in my studio.

"Shall I go downstairs and make us some tea?" she offered.

"No thank you, Nicole.  What I would really like to do, what I really feel would help settle my nerves, is make YOU some tea."

Nicole knows me, knows my habits and knew this would, indeed, be a soothing thing for me to do.

My tea habit is a personal ritual which assists me throughout the day's creative work.  My manner of preparing tea is an amalgamation/adaptation/adulteration of "gong fu cha", a Chinese method of brewing tea with additional influences from "chanoyu", the Japanese tea ceremony.

I did not set out to craft a "manner" of preparing tea, but over the years, things rather evolved on their own and I simply followed intuition and various predilections, often driven by a love of forms, textures and nuances of taste.  Tea with Kevin, at home, is a nightly affair and tea out on the preserve among the horses, or down at the beach, are favourite moments on my days off.


Listening to the soughing of the water heating up, prying off some leaves from a compressed cake of sheng and the quiet voice of Nicole began to help the enervated jigging of my body mellow some.  Watching the water pour out of the kettle and into the kyusu and the steam arising worked wonderful magic - as it always does.  Pouring the infusion, I felt amazingly steady while the music of the pour and the golden stream filled the exquisite cups, but my hand shook as I offered Nicole hers and a bit of the elixir spilled.  We just carried on without worry talking about things that took us away from the awful event that had unfolded a hour earlier.


The "awful event" I have since come to learn is not a one-off-freak-accident, but something that, while rare, has occurred in a number of models of Ford vehicles (and other manufacturers makes of automobiles, too).  All over the world these types of accidents are occurring, causing damage to properties, buildings, vehicles, and people.  Not all victims of this type of vehicle malfunction have been able to walk away and many involved have lost their lives .  It is called "sudden unintended acceleration" and it is not something that the auto industry is particularly forthcoming about.  Nevertheless, a number of engineers and vehicle safety researchers have acknowledged the phenomenon and there have been class action suits filed against Ford in the U.S. as well as Canada.


A couple years ago, Kevin had our truck equipped with a device offered by our insurance company which monitors our how we drive and we were able to receive lower rates due to data collected by the device which demonstrates our safe driving habits.  This device has documented the "awful event" and we are now in the process of finding the best way to proceed with reconciling things.

I continue to give thanks that I was not hurt, that no other people or animals were hurt and the building will receive good repairs.  We are fortunate it is not winter and we can get along for now without a truck.  We have the trusty, rusty Jeep Wrangler and winter's retreat means I have resumed my commute to work via bicycle.   And the grass has come back to the landscape - making for happy wild horses.  And the air is fair and the migratory birds are back and there are many, many delightful ways to chase away niggling PTSD worries with creating time for tea.


Many thanks to the people whose work contributes to my tea habit:

• Petr Novák & Mirka Randová - absolute artists with clay and a real feel for teaware.  Many works by them found their way to Canada.

• Hojo - source of our cast iron water kettle, aka Tetsubin.


Below, rather than showing images from the "awful event", I'd rather share some soothing tea scenes.

YOUR CAR COULD TAKE OFF BY ITSELF/SUDDEN ACCELERATION IS NOT A MYTH
Samuel J. Sero BSEE, P.E.
Renaissance Engineering
Forensic Engineers


•  from the Centre for Auto Safety, a engineer's thorough study of the phenomenon, available as a PDF:


An Electronic Cause for Sudden Unintended Acceleration
by
Ronald A. Belt