Our winter on the Ravenseyrie Sorraia Mustang Preserve got off to an early start with a snowstorm on November first, followed by a determined freeze.  Thankfully we had a thaw not too long after that and though we have had more snow and freezing since, there has not been the harshness of persistent, prolonged storms like we had last year.


On December 9th, we had some freezing rain, which did not last long, nor was it as severe as we have experienced here on Manitoulin Island - in fact, it had a certain allure to it because the wind was not wicked and the air temperature was somewhat mild.  I wanted to get out in the elements, so donned my rain gear, put my camera in a plastic bag and went out to check on how the horses were coping with the inclement conditions.


The bachelors who live out on the range* on the Ravenseyrie Sorraia Mustang Preserve are our Portuguese Sorraia stallion, Altamiro and his sons and grandsons out of our Sorraia Mustang mares.

*Two other Ravenseyrie residents are our 33 year old draft mule Jerry and the escape artist stallion, Destemido (Interessado x Fada) who have adjacent pastures near the house.  Our eight Sorraia Mustang mares continue to reside on the Twinravens range in Tehkummah, thanks to the generosity of Mark Seabrook and Michelle Hrynyk.

The bachelors do not congregate all together like they did when the boys were young, but have been keeping in clusters that are not always fixed.

For the most part, Altamiro prefers to keep to himself.

Ousado, the youngest of the bunch laid claim to the geldings, Interessado and Silvestre, as if they were mares and does not allow the other stallions to have direct contact with them, though he will tolerate the other stallions nearby.  This arrangement has lasted for several years now.

These herd dynamics are likely to shift again, depending on the moods of the bachelors.  We would like them all to be "best buds" and stick together as one group, but this is not up to us - they call the shots and determine who gets to hang out with who.


Although I found it difficult to keep the horses in focus while the freezing rain fell, I decided the activities the fellas were engaged in, despite the inclement weather were interesting and attractive enough to put into a video for my YouTube channel.  I hope you enjoy it! 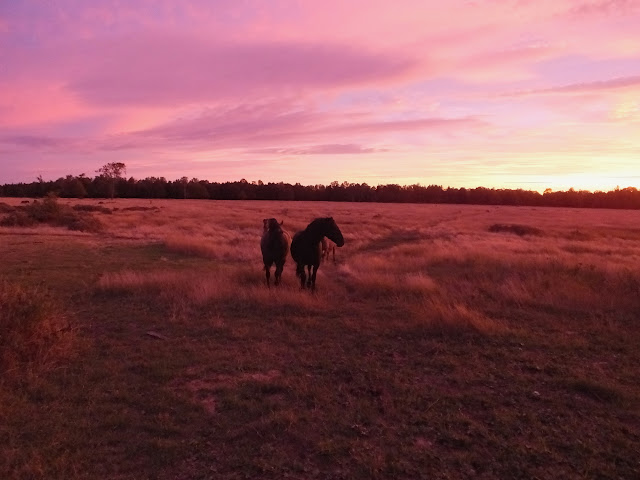 When dawn comes,
From the shadows, wild horses emerge,
Sometimes galloping en mass,
Sometimes meandering in small pairings,
Journeying near the dwelling, where the man and woman live,
Where oats and alfalfa cubes
- an offering to the gods - will be distributed,
Along with words of praise and admiration.

A ritual.
With the unique East Bluff terroir enhancing the
Sensual qualities of perception.

Do the equines of Ravenseyrie delight in the rose glow dawn as much as I do?
I feel certain they are not oblivious to its charms.

That Certain Play of Light 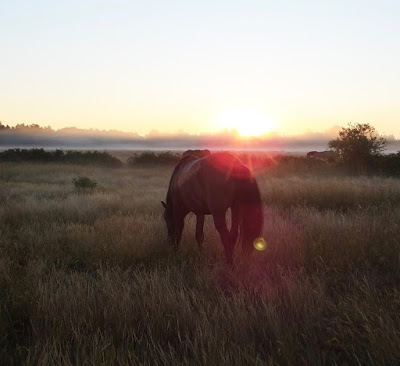 That certain play of light,
That allure of ochre grasses, a thousand cricket songs and
mystic mists,
That fragrant, mellow maturing of many things --
A demonstration that more is right than not right.
-L. Gerard

Inside me a hundred beings
are putting their fingers to their lips and saying,
"That's enough for now.  Shhhhh."  Silence
is an ocean.  Speech is a river.

When the ocean is searching for you, don't walk
to the language-river.  Listen to the ocean,
and bring your talky business
to an end...
--Rumi

Rumi's words serve to describe my state of being for a number of years now.  Stories of the equines of Ravenseyrie I hold in my head and heart.  Artful things, too.  Best I can do for now (this could change, as all things do) is share some photos once again, before July ends without a posting in this blog.

For readers who chance to find their way to the Journal of Ravenseyrie, I encourage you to enjoy the images and conjure your own words and descriptions that the sense of viewing may inspire. 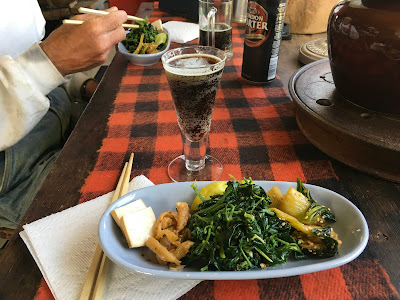 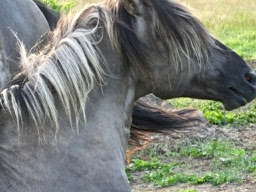 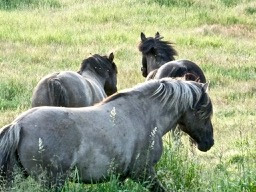 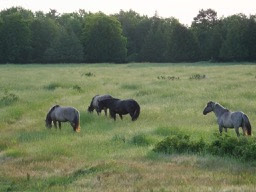 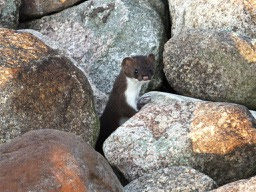 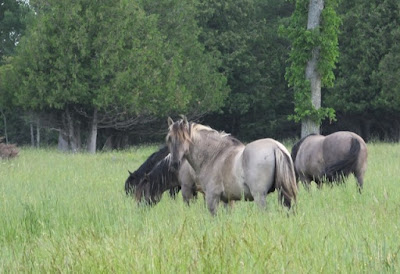 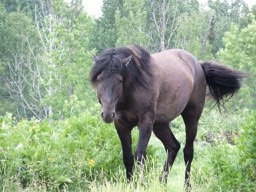 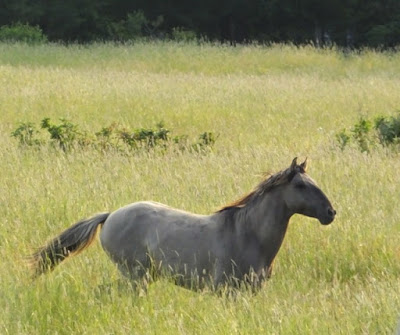 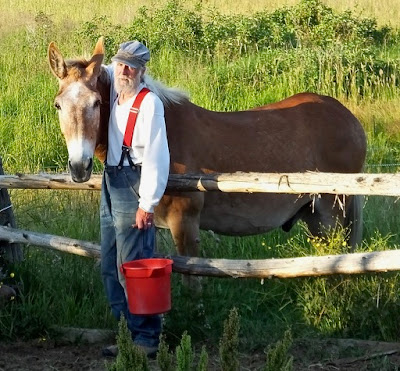 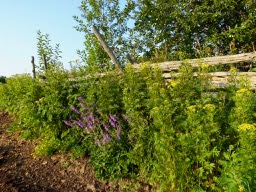 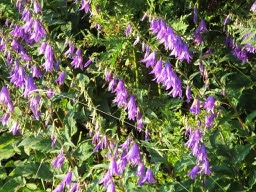 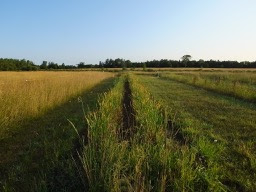 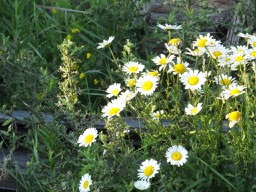 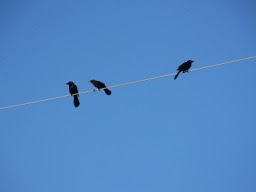 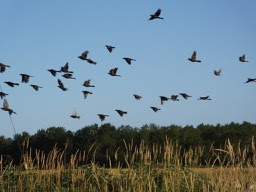 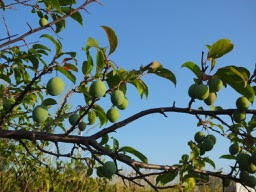 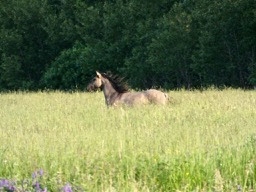 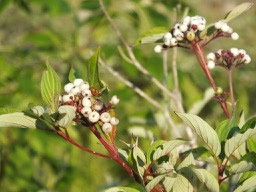 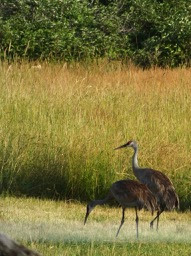 
It is not my nature to wish away winter, but our Manitoulin winter began so early and lingered so long and was so relentlessly harsh, I admit, while shovelling in bitter winds, I would sometimes dream of summertime...
...and now, that summertime dream has come true.  Want to see?  Today I offer up a series of photos of some the bachelor Sorraias engaged in mad gallops and wide-jawed chases.  Our youngest stallion, Ousado, has for two years now claimed the two geldings, Silvestre and Interessado, as his "mares".  Occasionally, one of the other stallions (usually Legado, aka, "The Pistol") will attempt to "steal" the geldings away from Ousado.  When that happens, Ousado repels the challenge handily and then sends his "mares" on runs, often with high aggressive ardour - as if to remind them who they belong to!