The Mediator and the Gods

A new rock painting inspired by some of the fantastic males in my life.

And so here it is! The 11” x28” Paleozoic dolostone plaquette painting of Kevin and two of our stallions, now completed!I’m giving this rock painting the title: The Mediator and the GodsOur lives here at the Ravenseyrie Sorraia Mustang Preserve are ruled by the wild stallions and we happily (most of the time) have devoted ourselves to doing what we can to placate them and assure that all is well in their mythic realm here on Manitoulin Island.When they were younger, they were more like drinking buddies and their internal fights were playful games. But now these primal-type wild stallions are mature studs and while they are not aggressive with either Kevin or me - they are, by default it seems, prone to petty arguments and pitched battles amongst themselves. Despite there being no mares to fight for (our mares now live an hour’s drive from the home range on land owned by @twinravens2000 ) these guys are like gang members and are always looking to flex their muscles for some type of supremacy - and I think they delight in just how exquisite their capable bodies are.When we are not mingled in the thick of these impressive bachelors (7 stallions, 2 geldings) they are allowed to conduct their affairs and resolve conflicts as they see fit for the most part. But when they erupt in violent outbursts while we are distributing supplementary forage for them we intercede and quell the storm “Boys! BOYS! That’s enough!” and marvellously they seem to listen to us and set their differences aside (momentarily) and get back to enjoying the offerings their human subjects have present to them.I’m delighted with how the rock painting turned out! I think it well captures the moment when a few stern words and intense glare from my mortal man, Kev, were able to diffuse a potentially volatile situation between two stallions - err, two gods. 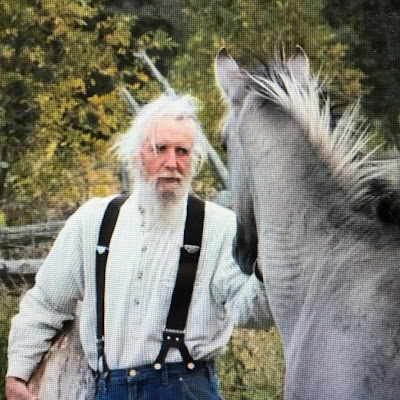 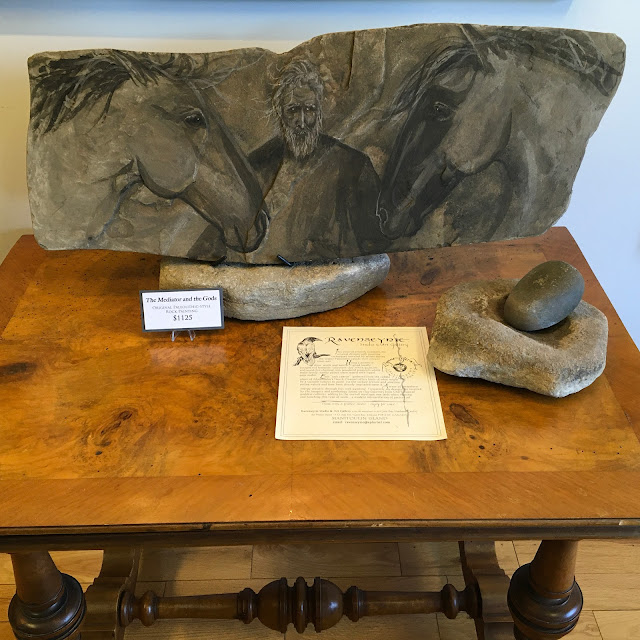